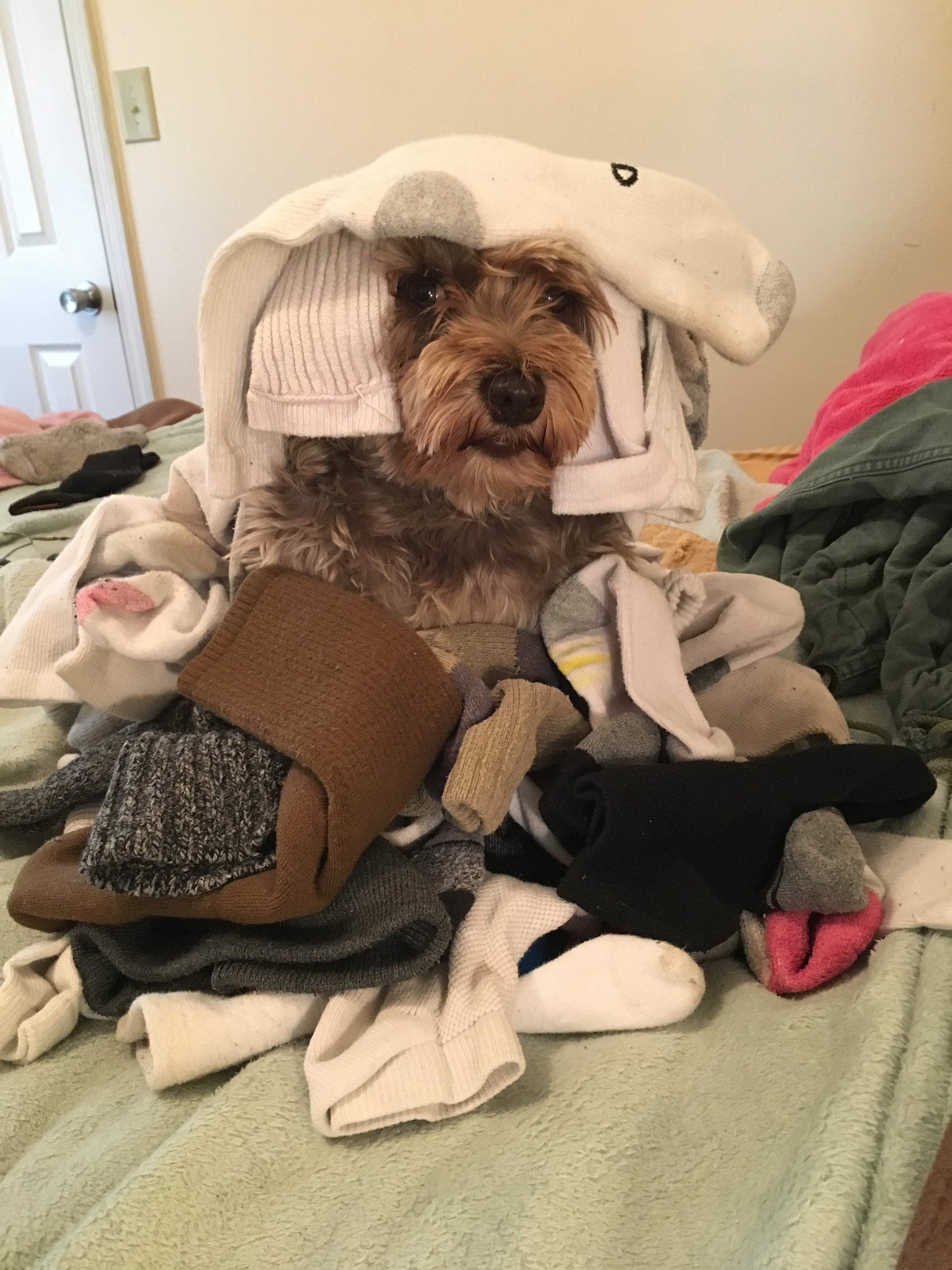 It's been 5 years since we picked up our 2nd pound puppy.  It was on Paige's 28th or 31st birthday, I forget.  Not her birthday but which one.  We were actually wanted to meet a friend from whom we bought our eggs.  She told us we could meet here at a shindig for the local animal shelter.  Since we were in dier need of eggs we agreed.  On our way from the parking lot we saw a girl with a bundle of fluff on a leash.  We really couldn't tell which way it was walking. The fluff not the girl.   We found our egg lady.  Pige is a cat person. Other than herself, a bunch of woodworking tools, an amazing artistic ability, two kids she also brought 3 cats into our marraige.

For Paige, it was love at first sight with me as well as Louie. .  It didn't take her long to get the back story, on Louie.  The poor little fellow lived on the streets, its hard for a 15 pound ball of fur to survive in the city, scavaging from garbage cans and competing against everything that either out wieghs or is more viscious than he is.  He was captured by animal control and put in a foster home where he was abused by little children who had a hard time distiquishing between a stuffed animal and something with a heartbeat.  So Louie had a lot of baggage.  He freaks out when he hears loud noises, hates car rides and panics when he sees small children .  It took a while but Paige insists he is a cat in a dog costume and the best snuggle buddy she ever had.  I should be jelous.  At least we're both hypoallergenic, I think.

What does that have to do with woodworking?  A couple of days ago I came across a web site for kitchen cabinets.  They were sporting a huge logo claiming they were enviormentally cerified by the KCMA.  I want to be certified.  I think we at Oak Grove Woodworks are super green.  I looked into this,  I found out that it is a voluntary certification, based on a 300 point system.  You get points if you are fined less than 5000 dollars in 12 months.  Points if you are involved charitable organizations in your area.  Points if have a written statement saying you support the enviorment.  Points if you can see a tree out of your window.  Point is you can get the 70 points you need for certification, while still making your furniture from the last of its kind tree harvested from the Amazon basin, use chinese plywood that oozes formaldihyde, or disobey local and federal enviormental regulations.

Get the back story just like you would on anything else.  You do not want a puppy that has a history of stalking the nieghbors cat.  You do not want a kitchen cabinet loaded with insecticides.  Maybe you do.  Certificates are a dime a dozen.  You can even make your own.  I could certify myself by the Chattanooga Area Baby and Pet Gate Association.  (CABPGA).   So far we're the only member.  It's voluntary, we only use reclaimed wood and source all we can locally.  All our members are veterans or thier spouses.  Now all I need is a cool logo and we can officially be super green.  Do yourself a favor and get the back story.